I was going to title this “That Darn Costco,” because most of the new foods I’ve gotten were from Costco. You know how they always have those sample carts out? Well, yes, I have to admit that I do try some of those products. Some of them are most worthy. And some are not.

A few weeks ago I was there with a friend. And there were some people there promoting their JERKY. I have never ever tried jerky. But I’d actually been wanting to try it for a few years. So I practically ran to their booth. Okay, what’s NOT to like? I think its got that combo of fat, sugar, and salt that makes cookies so enjoyable! Anyway, since I’ve never tasted other jerky, I can’t really tell you this brand was better, but I think it might be. For one thing, I think its softer than most jerkies. I bought the Teriyaki. When I went back last week, I got the lemon garlic turkey one to try–also delicious! 70 calories for one ounce, and there are 7 grams of protein in that. My BF pointed out that this could be a trigger food for me, and I think she’s right. But so far I’ve only eaten it when I planned it.

Periodically Costco has a booth offering sugar free “belgium” chocolates. I usually try the samples and move on. The other day I decided to get a box of the individually wrapped dark chocolates. About 50 calories (SF chocolate isn’t really a calorie savings) and very enjoyable. One is definitely enough to satisfy. 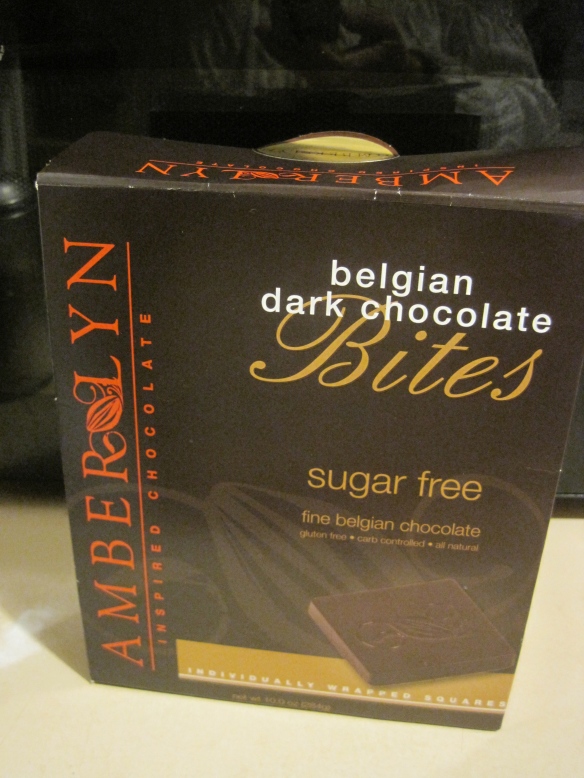 Last week when I went to Costco, there were some nice young men promoting their product–“Bolani Spinach Bread.” The label says it is an Afghanistan bread. It has a thin delicate layer of bread and quite a bit of spinach in the middle. OH MY GOSH. This stuff is unbelievably delicious. The ingredient lists are simple and straightforward. There is nothing I didn’t recognize in them. And the calorie count is really a bargain, as far as I am concerned. 103 calories for this large piece.

Not only is the bread delicious, but the toppings they sold to go along with it are equally as good. They are all low fat. In fact, NONE of them have any added oil. So to have the bread with the three toppings on it (that’s how they served it) is about 135 calories.

I have been thinking that these toppings would be good for other things. I had two of them on top of my baked potato the other day.

Sunday I finally tried rutabaga fries! Oh my goodness, I really really loved these. Their texture reminded me of sweet potato fries. When they were cooking they did have a different smell, maybe like cauliflower. They are pretty low in calories. I will definitely be having these again.

I had them for dinner with a bowl of strawberries and cottage cheese. Perfection! 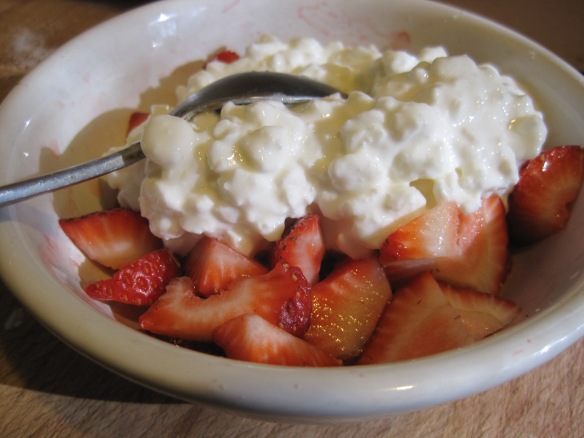 I guess that’s about it for my new foods reviews. When you’re trying to be very careful about what you eat, its really fun to find delicious new foods that will fit into your diet plan.

Leave a Reply to Shelley B Cancel reply